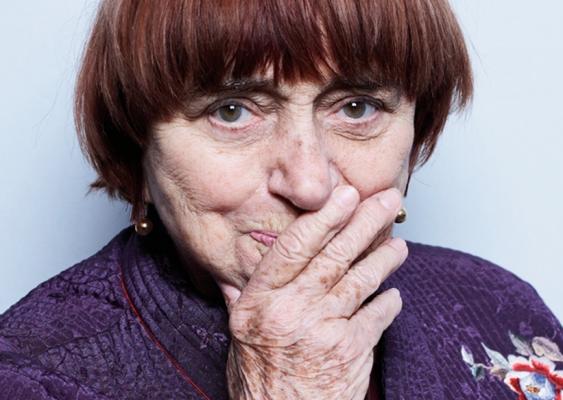 Born in Ixelles in Brussels in 1928, Agnes Varda spent her childhood in Belgium with her four brothers and sisters. During the war, in 1940, moved the family to the south of France. She spent her adolescence in Sète and later Paris where she took her baccalaureate, afterwards studying at the Louvre and then photography at night school in Vaugirard.

Rapidly establishing herself as a top-rank still photographer, Varda became the official cameraperson for the Theatre Festival of Avignon, established by Jean Vilar, and later for the Theatre National Populaire (the film star Gerard Philipe shined there among others).

She held her first solo exhibition in her home in 1954, followed by several reportage missions in China and Cuba. Over the course of her travels and via the people she met, she produced several portraits of both ordinary and famous people of her time.

Without any training, Agnès Varda moved to the medium of cinema. She created her own small company Cine-Tamaris to produce and direct her first feature length film, La Pointe Courte, which earned her the title of ‘The Grandmother of the New Wave’.