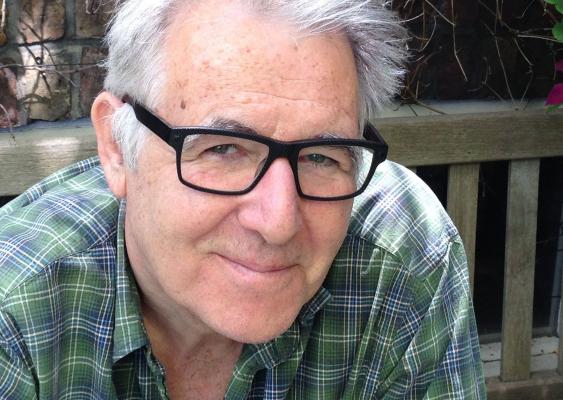 John Smith (born 1952, Walthamstow, England) is an award-winning avant-garde filmmaker who studied at the Royal College of Art in London. After graduating in 1977 he became an active member of the London Filmmakers’ Co-op. Inspired in his formative years by conceptual art and structural film, but also fascinated by the immersive power of narrative and the spoken word, Smith has developed a diverse body of work which blurs the perceived boundaries between documentary and fiction, playfully exploring and exposing the language of cinema. Often rooted in everyday life, his films are known for their formal ingenuity, subversive wit and oblique storytelling. Noted works include The Girl Chewing Gum (1976), The Black Tower (1987), Blight (1996) and Dad’s Stick (2012).

Since 1972 John Smith has made over sixty film, video and installation works that have been shown in cinemas, art galleries and on television around the world and awarded major prizes at many international film festivals. He received a Paul Hamlyn Foundation Artist’s Award in 2011, and in 2013 he was the winner of Film London’s Jarman Award. His many solo exhibitions include Museum of Contemporary Art, Leipzig (2015), Centre d'Art Contemporain de Noisy-le-Sec, Paris (2014), Kestnergesellschaft, Hanover (2012), Royal College of Art Galleries, London (2010), Ikon Gallery, Birmingham (2006) and Kunstmuseum Magdeburg (2005). He regularly presents his work in person and it has been profiled through retrospectives at the 2007 Venice Biennale and film festivals in Oberhausen, Tampere, Leipzig, St. Petersburg, La Rochelle, Lussas, Mexico City, Uppsala, Cork, Sarajevo, Prizren, Munich, Regensburg, Stuttgart, Vilnius, Karlstad and Winterthur. His work is held in the collections of Tate Gallery; Arts Council England; Museum of Modern Art, New York; Muzeum Sztuki, Lodz; FRAC Île de France, Paris; Kunstmuseum Magdeburg; Wolverhampton Art Gallery and Ferens Art Gallery, Hull. He lives and works in London and is Emeritus Professor of Fine Art at University of East London.