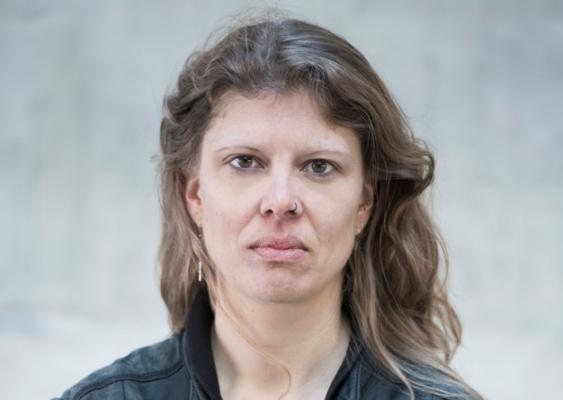 Laurence Favre is filmmaker and visual artist. Her practice includes work with film, photography and words, exploring notions of memory(ies), identity(ies) and territory(ies). She conceives the porous border between «fiction» and «real» / «imaginary» and «reality» as the place of all possibilities for the expression of the human experience (/the world) as a construction that is at once political, critical, and poetic.

With a pronounced taste for celluloid, its materiality and its specific relationship to time, she develops a work that takes the form of documentary essays, experimental films, installations as well as screening performances.

Born in La Chaux-de-Fonds (CH), Laurence studied sociology and photography and then cinema in Geneva and Portugal, she has also lived in Colombia and Australia. In 2016 she benefited of an artist’s residency in Berlin, and has since then been based in the German capital and in Geneva. She is an active member of the artist-run film lab LaborBerlin.