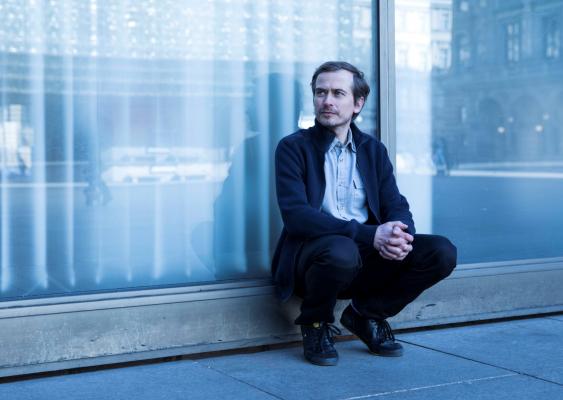 After finishing grammar school (1992), Martin Mareček started cultural studies at the Philosophical Faculty at Prague’s Charles University which he never finished but went on to graduate from the Department of Documentary Film at the Academy of Performing Arts in Prague (FAMU) (2002). His school films were unique for their original approach, employing the effective idea not for the sake of its own but to reach the substance of the given phenomenon. That is the case of the partial mystification Maple '98 (1998) about a young man working as a theatre extra and planning to encircle Prague by trees, or the film Egg Methods (1999) about the background of then well-known dating agencies. Both films were awarded at FAMU. In his documentary filmmaking, he focuses on the “ecology of the spirit”, the role of the non-profit sector, and the chance of the individual to shift or even change the world of today. These interests culminated in his three principal feature-length projects Dust Games (2001), Source (2005) and AutoMat (2009). Capturing the events of the annual meeting of the IMF and the World Bank in Prague, the film Dust Games, with its authenticity, immediacy and remarkable original approach, became the Best Czech Documentary Film at the Jihlava IDFF, also earning the Audience Award there, scoring at the EFF ECOCINEMA in Greece as the Best TV Report (2002) and at the IFF Fairport in the UK as the Best Documentary Film (2003). With its investigative methods, the film Source unexpectedly got to the core of the problem of human rights in connection with oil production in impoverished Azerbaijan. By means of action analysis of a concrete situation, it witnesses the paradoxes and the imbalance of the world of today. The film earned over 20 awards at international film festivals, a.o. the Audience Award and Special Jury Award at the One World IFF 2005, the Grand Prix at Ekofilm 2004, the MDR Award for the Best Eastern European Documentary at the IFF DokFest Leipzig (2005), Czech Critics’ Kristián Award 2005 for the Best Czech Documentary, the Special Jury Award at the IFF Trento in Italy (2006), and the Radio and Television Station Yugoria’s Award at the Russian IFF Save and Preserve Khanty-Mansiysk (Siberia). Automat, the latest film by Martin Mareček, corresponds with his previous films in spirit. It engages in rethinking the so-called individual mobility, looking for alternatives of natural limitation of Prague’s transport, i.e. not by means of legal regulations but by rethinking the possibilities of transport. This documentary urban story was presented at the Czech Joy section of the Jihlava IDFF 2009, gaining the Audience Award. The film was successfully introduced at several international festivals. In Torino, it received the Student Jury Award, at the festival in Yamagata, Japan, it stirred great response among the spectators, the film’s screening for local NGOs being in negotiation. The film was also introduced at the DMZ Docs festival in South Korea and at the DOK Leipzig festival in Germany.