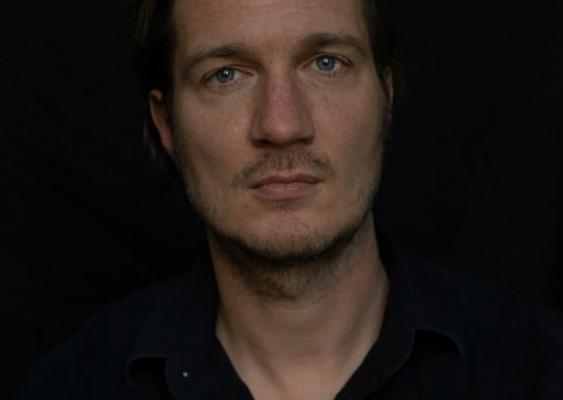 Daniel Kötter is an international filmmaker and music theater director. His works alternate between different media and institutional contexts and combine experimental film techniques with performative and documentary elements. They have been shown worldwide at numerous film and video art festivals, in galleries, theaters and concert halls.

His major works include the music theater trilogies Falsche Arbeit, Falsche Freizeit, Freizeitspektakel (2008-10), KREDIT RECHT LIEBE (2013-16) and STADT LAND FLUSS (2017-19, all with Hannes Seidl), the multi-channel trilogy Arbeit und Freizeit (2009-2011) as well as the film, performance and discourse series state-theatre about the urban conditions of performativity in the cities of Lagos, Tehran, Berlin, Detroit, Beirut, Mönchengladbach (2009-2014 with Constanze Fischbeck).
His extensive film and text work KATALOG (2013) was made in 13 countries around the Mediterranean with a particular interest in practices in space.
Visual research leads him again and again to the African continent and the Middle East.
In 2014-18 he worked with the curator Jochen Becker (metroZones) on the research, exhibition and film project CHINAFRIKA. Under Construction.
In 2017-20 he worked on the documentary film trilogy Hashti Tehran (2017, 60 ’), Desert View (2018, 84’) and Rift Finfinnee (2020, 80 ’) about urban peripheries in Tehran, Cairo and Addis Ababa. Hashti Tehran won the special award of the German Short Film Award, Rift Finfinnee the DEFA Award at DOK Leipzig. Daniel Kötter is currently working on a series of spatial performances and 360° films on the landscape and social consequences of extractivism in Germany, West Papua, DR Congo and Estonia under the title landscapes and bodies.