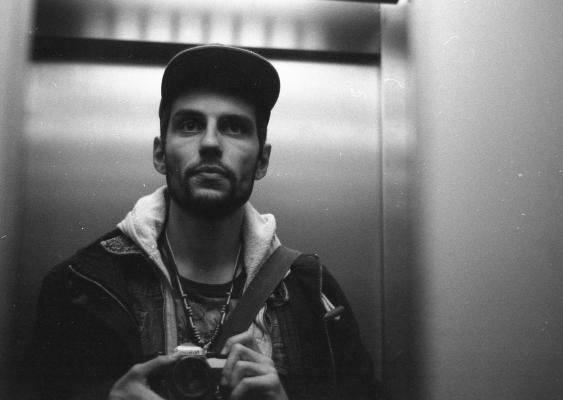 When he was little, he was used to wake up in the middle of the night due to fear, that he will become a car mechanic. And thus little Ondrej wasn’t never good enough in gym, dexterity or technical skills and he avoided almost pathologically to any motosport knowledge. Only one thing remained to him - will to learn. That made him a die-hard student of university education. One specialization wasn’t enough, not even two, so he added the third and then it was too much, so he canceled one of these. Despite all of this he successfully finished film studies, journalism and audiovisual arts. Good for him.

In the end he was fed up of university education, so he realized that meaning of life could be somewhere else than in rotten and institutional education. So he went through a bunch meaningless jobs like malicious and capitalist telemarketing, bellboy in five-star hotels, occasionally jobs as a promoter. Then he learnt difference between café ristretto and café doppio and he became a barista. Meanwhile he went to Brazil for half a year, where he learnt Portuguese and taught kids from poor families, what does it mean cross-cut and how to round curves with Ferrari F50 in Need for Speed II. Then he spent almost half-year in Nairobian slums as a volunteer, where he tried to raise new generation of Kenyans photographers, filmmakers and graphic artists.

All of that formed him into universal and open-minded personality. So Ondřej Šálek is conceptualist, expert of moving images, visual juggler, principal of irony, bon vivant of humor and leftist philosopher. Among his hobbies there are stormy fights about post-structuralism, advocacy of feminism and contemplation about documentary cinema.