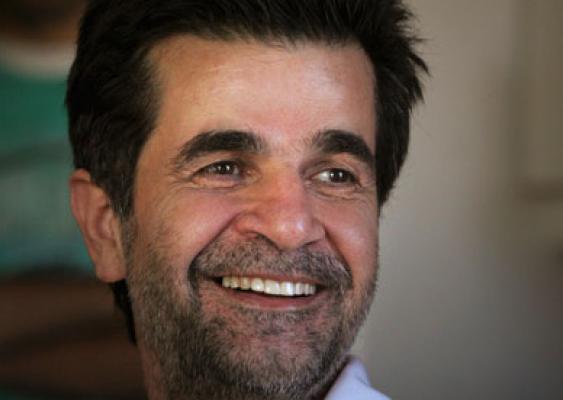 Jafar Panahi is an Iranian film director, screenwriter, and film editor, commonly identified with the Iranian New Wave film movement. After several years of making short films and working as an assistant director for fellow Iranian film-maker Abbas Kiarostami, Panahi achieved international recognition with his feature film debut, The White Balloon (1995). The film won the Caméra d'Or at the 1995 Cannes Film Festival, the first major award won by an Iranian film at Cannes.

Panahi was quickly recognized as one of the most influential film-makers in Iran. Although his films were often banned in his own country, he continued to receive international acclaim from film theorists and critics and won numerous awards, including the Golden Leopard at the Locarno International Film Festival for The Mirror (1997), the Golden Lion at the Venice Film Festival for The Circle (2000), and the Silver Bear for Best Director at the Berlin Film Festival for Offside (2006). His films are known for their humanistic perspective on life in Iran, often focusing on the hardships of children, the impoverished, and women.

After several years of conflict with the Iranian government over the content of his films (including several short-term arrests), Panahi was arrested in March 2010 along with his wife, daughter, and 15 friends and later charged with propaganda against the Iranian government. Despite support from filmmakers, film organizations, and human rights organizations from around the world, in December 2010 Panahi was sentenced to a six-year jail sentence and a 20-year ban on directing any movies, writing screenplays, giving any form of interview with Iranian or foreign media, or from leaving the country except for medical treatment or making the Hajj pilgrimage. While awaiting the result of an appeal he made This Is Not a Film (2011), a documentary feature in the form of a video diary in spite of the legal ramifications of his arrest. It was smuggled out of Iran in a flash drive hidden inside a cake and shown at the 2011 Cannes Film Festival. In February 2013 the 63rd Berlin International Film Festival showed Closed Curtain (Pardé) by Panahi and Kambuzia Partovi in competition; Panahi won the Silver Bear for Best Script. Panahi's new film Taxi premiered in competition at the 65th Berlin International Film Festival in February 2015 and won Golden Bear, the prize awarded for the best film in the festival.