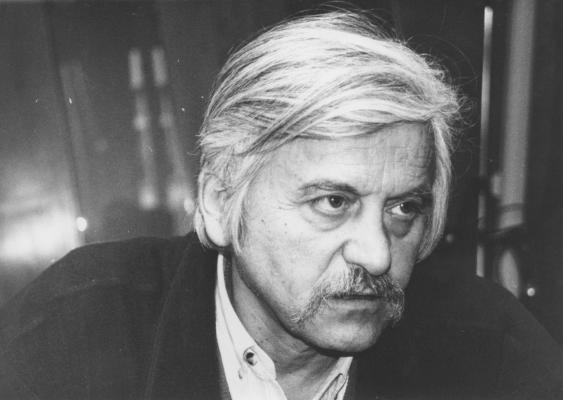 Dušan Hanák was born on April 27th, 1938 in Bratislava. From 1960 to 1965, he studied film directing at the Film and TV Faculty of the Academy of Performing Arts (AMU) in Prague. Throughout his career, he made 20 short documentaries, which collectively won a number of major domestic and international awards, including in Oberhausen, Montevideo, Biennale of Young Art in Paris, and many other festivals. Among such films of his include Artists (1965), Learning (1965), Call into Silence (1965), Old Shatterhand Came to See Us (1966), The Mass (1967), The Day of Joy (1972) and more.

Hanák didn’t start making feature-length films until after the occupation of Czechoslovakia, during which several of his works were banned almost as soon as they were created. His feature film debut, 322 (1969), won the Grand Prize at the Mannheim-Heidelberg International Filmfestival (IFFMH). His documentary, Pictures of the Old World, about people living on the edge of society was screened in many countries around the world and was met with overwhelming acclaim, but only after the film spent seventeen years in the vault. Hanák has won many festival awards, including the Golden Sesterce in Nyon, the Grand Prix in Munich, the Alcan Prize in Montreal, the Don Quixote Award, the Los Angeles Film Critics Association Award for Best Documentary, and a number of other major film awards.

Both of Hanák’s feature-length films Rosy Dreams (1976) and another banned film of his, I Love, You Love (1980) — which was screened eight years after its creation at the Berlin International Film Festival where it earned the Silver Bear for Best Director — also enjoyed international success. In 1995, he made his second feature-length film, Paper Heads (1995), about the relationship between citizens and power, which earned him the Golden Spire Grand Prix at the San Francisco International Film Festival (1997).

Retrospectives of his films have been held in San Remo, La Rochelle, Châteauroux, Paris, Berlin, Leipzig, Chicago, the Museum of Modern Art in New York, and in many American cities and universities.