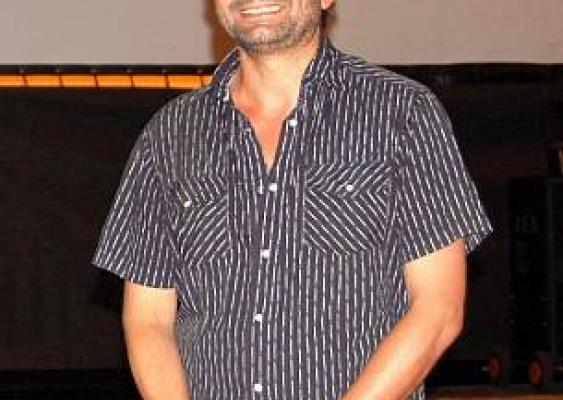 Otakáro Maria Schmidt was born in 1960 in Pilsen, Czechoslovakia. He graduated from the Jaroslav Ježek Conservatory in pantomime, dance and acting. He worked as dancer in the Liberec theatre and also co-operated with the Laura a její tygři band. He has initiated the Fantastické a plynové divadlo BAR project. He was also member of the Pražská 5 group of the Sklep theatre. In the 1990s, he graduated from the Department of Screenwriting and Script Editing of the Film and Television Faculty of the Academy of Performing Arts in Prague. He works as screenwriter, documentary director and cameraman as well as publicist. He lectures on script editing, drama, film and television at the Jan Amos Komensky University. He made over 250 fiction films, documentary films, entertainment programmes, TV magazines, music videos and advertisements as director. In his mostly television documentaries and publicist cycles, he deals primarily with Christian themes. His wife Jana Kristina Studničková has cooperated on most of his films made after 2000 as filmmaker, author and actor.