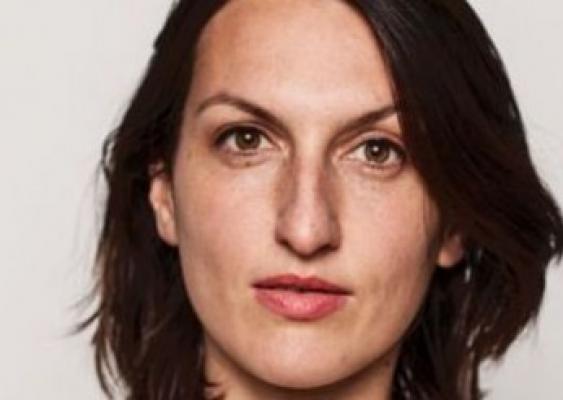 Eva Stotz was born in 1979 in the southern part of Germany. After finishing school, she furthered her studies with a one year’s course in French & Cinéma in Montpellier. After various assistance jobs in the film industry, Eva shot her first short fiction film in France, L'après-midi. In 2001 Eva Stotz began her director studies at the German Film- and Television School Berlin (dffb).

Following a variety of short fiction films, she turned her concentration more and more towards documentaries, and in 2004 she shot her first feature-length documentary in Romania. Earth In Your Hand is a reflection of the term "homeland" on the basis of daily life of a German minority group in Transylvania. This was followed in 2005 with Tempelhof, a short documentary shot at the edge of the airfield of the renowned airport Tempelhof in Berlin, about wanderlust and the fear of flying.

After that, Eva Stotz was drawn to Uganda, where she spent three months filming and photographing. In 2006 she became a pilgrim on the Camino de Santiago and walked 800 km until reaching the sea.

During the time of the European expansion into Eastern Europe she produced a video diary during a relay race throughout eight European countries. The project Donaulauf follows the River Danube from its source to its estuary mouth. In 2008 she was invited as a talent to the Berlinale Talent Campus. Sollbruchstelle / Devil Hides In Doubt is her second feature-length documentary. For 2009 - 2010 Eva Stotz is planning a documentary to be shot during a 15 month trip in Asia, Africa & America. Her graduation film explores the issues of xenophobia and hospitality.