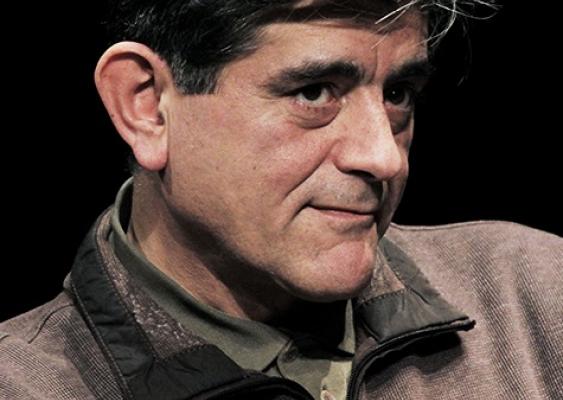 Manuel Mozos was born in Lisbon in 1959. He graduated in Cinema in 1984 at the Escola de Cinema do Conservatório de Lisboa (National Film School). He then worked with several prominent portuguese directors as Editor, Scriptwriter or Assistant director.

He has also worked in theater and maintains a regular collaboration with various publications, schools, universities, cultural associations, film societies and festivals.

Since 2002 he works in ANIM, the film archives of the Portuguese Cinematheque on the identification, preservation and restoration of 35mm and 16mm films.

As a director, his first work was A STEP, THEN ANOTHER STEP... (1989) which won the Award for Best Foreign Film at Entrevues, Belfort Film Festival in 1990. Since then he has directed over twenty films ranging from fiction to documentary, both shorts and features. Among those the most influential fiction features are: WHEN IT THUNDERS (1999), XAVIER (2002) and 4 HEARTS (2008) and the documentaries: LISBON IN CINEMA (1994), PORTUGUESE CINEMA - DIALOGUES WITH JOÃO BÉNARD DA COSTA (1997) and RUINS (2009) which on several awards in film festivals.

His latest documentary, JOÃO BÉNARD DA COSTA - OTHERS WILL LOVE THE THINGS I HAVE LOVED, on the life the great director of the Portuguese Cinematheque, premiered in 2014.