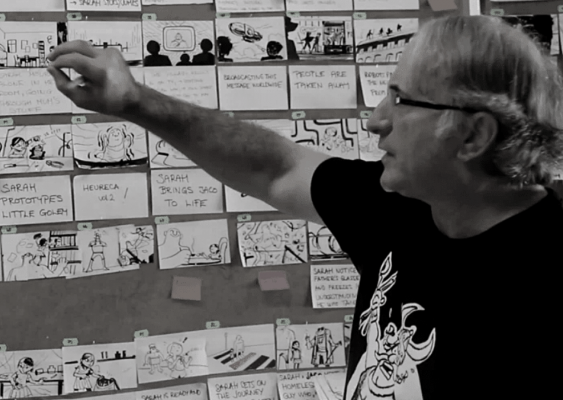 Robert Lence has been a major contributor on some of the most successful films in the history of animated features. In his twenty-eight-year animation career, he has worked as a Screenwriter, Head of Story, Storyboard Artist, Visual Development Artist, and Story Consultant, helping create original characters, writing dialogue, and shaping the story on over a dozen major-release animated features.

Robert has worked at Walt Disney, Pixar, and Dreamworks. His film work includes such all-time hits as Beauty and the Beast, The Lion King, Toy Story, A Bug's Life* and Shrek. Robert served as Co-Head of Story on Pixar's 1995 Toy Story, the first ever computer animated feature film.

A graduate of the University of Michigan in Ann Arbor, Robert holds a Bachelor of Arts degree in English Literature. Robert attended the California Institute of the Arts' highly regarded Character Animation program for two years. He has also served as a member of the Cal Arts faculty, as a story teacher and story consultant.

Robert is also a member of the Writers Guild of America. He recently illustrated his first children's book, Wrestling the ABC's.