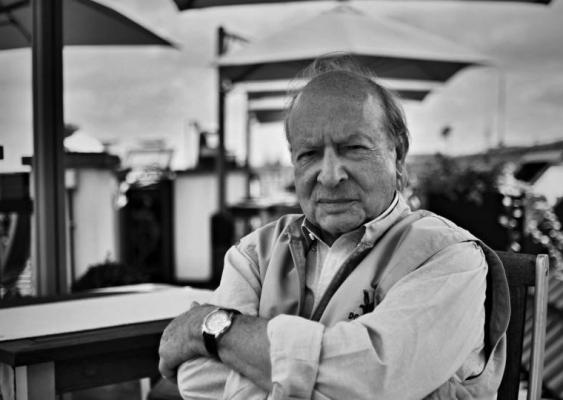 Ivan Passer (10 July 1933 – 9 January 2020) was a Czech film director and screenwriter, best known for his involvement in the Czechoslovak New Wave.

Born in Prague, Passer attended King George boarding school in Poděbrady with future filmmakers Miloš Forman and Jerzy Skolimowski and statesman Václav Havel. He then studied at FAMU in Prague, but did not finish the course. He began his career as an assistent director on Ladislav Helge's Velká samota.

Later he collaborated with his friend Forman on all of Forman's Czech films, including Loves of a Blonde *(1965) and *The Firemen's Ball (1967), both of which Passer co-wrote and which were nominated for Academy Awards. He introduced Forman to cinematographer Miroslav Ondříček whom he knew from Velká samota. He then directed his first feature, Intimate Lighting, which was released in 1965 and is considered by some to be Passer's masterpiece.

In 1969, amidst the Prague Spring, Passer and Forman fled Czechoslovakia together. Both proceeded to the United States, with Forman becoming an Academy Award-winning filmmaker. Passer went on to make several prominent American films such as Born to Win (1971), a junkie drama starring George Segal and Karen Black, and Cutter's Way (1981), a dramatic thriller starring Jeff Bridges and John Heard.

Though best known for his idiosyncratic, often gritty dramas, he also directed comedies such as Silver Bears (1978) starring Michael Caine and Creator (1985) starring Peter O'Toole. Later in his career, he directed numerous films for television, most notably the award-winning biopic Stalin (1992) starring Robert Duvall for HBO. He was also a film professor at the University of Southern California.