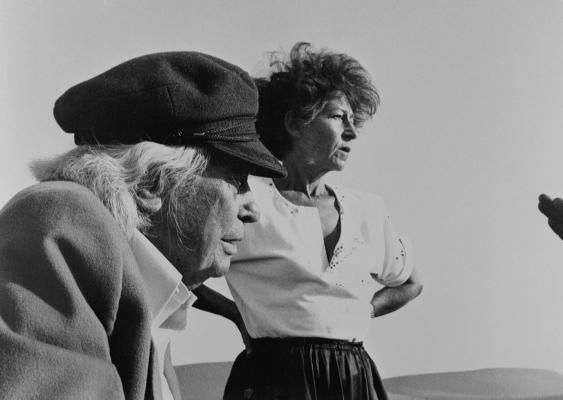 Marceline Loridan-Ivens (1928 - 2018) was a French writer and film director who was married to Joris Ivens. Her memoir But You Did Not Come Back details her time in Auschwitz-Birkenau.

Marceline Rozenberg was born to Polish Jewish parents who emigrated to France in 1919. At the beginning of World War II, her family settled in Vaucluse, where she joined the French Resistance. She and her father, Szlama, were captured by the Gestapo and deported to Auschwitz-Birkenau by Convoy 71 on 13 April 1944, along with Simone Veil and Anne-Lise Stern, then to Bergen-Belsen, and eventually to Theresienstadt. The camp was liberated on 10 May 1945 by the Red Army.

She joined the French Communist Party in 1955 and left it a year later. She then encountered "deviationists", such as Henri Lefebvre and Edgar Morin, wrote manuscripts for intellectuals, worked in the reprographic service of a polling institute, was bag carrier for the Algerian National Liberation Front and frequented Saint-Germain-des-Prés.

In 1961, Edgar Morin cast her in the film Chronique d'un été, thus making her film debut. In 1963, she met and married the documentary director Joris Ivens. She assisted him in his work and co-directed some of his films, including 17th Parallel (1967). They left together for Vietnam, where they met Ho Chi Minh.

From 1972 to 1976, during the Cultural Revolution, Joris Ivens and Marceline Loridan worked in China and directed How Yukong Moved the Mountains, a series of 12 films. Criticized by Jiang Qing, they had to quickly leave China.

She gave lectures and testified in colleges and high schools on the Holocaust.