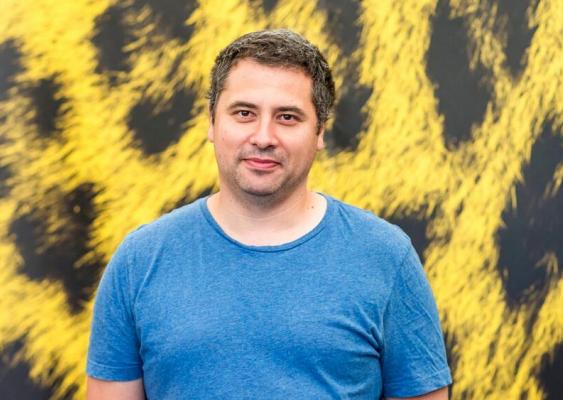 With dozens of major film awards under his belt — including from Berlin, Karlovy Vary, Locarno, and Sundance — Radu Jude is undeniably one of the most prominent figures in contemporary Romanian cinema. The creator of many thought-provoking films that subtly defy all audience expectations, Jude often explores the intricate relationships between past and present, fact and fiction, and historical memory using the dark chapters of his country’s history as a medium.

After graduating in film directing from Media University in his native Bucharest, Jude served as assistant director for a number of films by Costa-Gavras as well as by his fellow compatriot, Cristi Puiu. He garnered a lot of buzz early on in his career with his short films The Tube with a Hat (2006) and Alexandra (2006). Following the release of his feature-length debut, The Happiest Girl in the World (2009), which is a satire on relationships in Romanian society, he was quickly regarded as the “next big thing” in the Romanian New Wave scene. However, Jude ended up changing his direction and style altogether for his third film, Aferim! (2015), which strayed away from Romanian New Wave aesthetics and proved Jude to be a versatile filmmaker. Aferim! saw him travel to the distant past, drawing inspiration from historical sources instead of current events. The story, set at the beginning of the 19th century, highlights the unflattering fact that the foundations of modern Romanian society were laid by Romani slaves. This satirical black-and-white Eastern received the 2016 Silver Bear for Best Director (ex aequo) at the Berlin IFF and brought international fame to Jude.

He made his debut as a theatre director in 2016, staging Ingmar Bergman's Scenes from a Marriage for the National Theatre in Timisoara. In that same year, he received the Special Jury Recognition Award at the Locarno Film Festival for the film Scarred Hearts (2016), which is set during a period of rising populism in Europe. His documentary essay, The Dead Nation (2017), was presented at a number of festivals and focused on the anti-Semitic crimes of Romanian fascism, serving as a thematic pre-cursor to Jude's black comedy film and period piece, “I Do Not Care If We Go Down in History as Barbarians” (2018). The protagonist of this winning film at the Karlovy Vary Film Festival is a young, female theatre director, who wishes to reconstruct the 1941 Odessa Massacre of Jews by the Romanian Army. But reviving such a displaced history of discrimination and violence that distorts the nation's preferred image begins to wear on her and make her feel uncomfortable. Radu Jude repeatedly finds himself in a similar position as the film’s protagonist due to his own confrontational films.

Jude returned to Berlin in 2020 with the film Uppercase Print, the story of a Romanian teenager who was questioned by the secret police in the 1980s for his chalk slogans, which criticised the communist regime and began popping up in public spaces all throughout the city of Botosani. Also at the Berlin festival that same year, he presented his three-hour documentary essay, The Exit of the Trains. The film, which was co-created by Adrian Cioflâncã, is a montage of a long list of names accompanied by archive photographs and documents ranging from eye-witness accounts and testimonies from the post-war trials to interviews with survivors and private diary entries. These names and archive materials are of the victims of anti-Jewish pogroms committed by Romanian citizens during the Second World War. Jude's most recent festival success was winning Berlin’s Golden Bear Award for Best Film for his uncompromising satire, Bad Luck Banging or Loony Porn (2021), which was filmed as a Czech co-production. The jury praised he film's condemnation of the hypocrisy of self-righteous “guardians of good manners” as an attack on the viewer who spares no one.

Our next special guest for our regular live-streamed series, DAFilms Conversations, is set to be none other than award-winning director Radu Jude. On Monday, 19 April 2021 from 7pm, film critic and director Lucia Salas will have a chat with the recent Golden Bear winner from this year’s Berlinale.