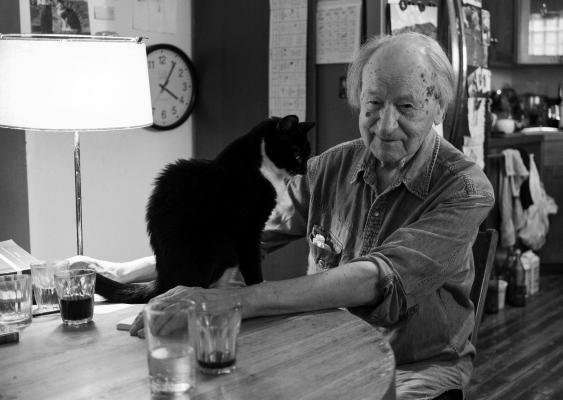 This retrospective of the work of Jonas Mekas is the first of three parts in an on-going programme entitled Chasing Independence: Three Continents, Three Pioneers. In November we will follow up with a focus on the great Colombian hybrid filmmaker Luis Ospina and then in December with a retrospective of work by the legendary Canadian documentarian Alanis Obomsawin.

Jonas Mekas was born in 1922 in the farming village of Semeniškiai, Lithuania. In 1944, he and his brother Adolfas were taken by the Nazis to a forced labor camp in Elmshorn, Germany. After the War he studied philosophy at the University of Mainz. At the end of 1949 the UN Refugee Organization brought both brothers to New York City, where they settled down in Williamsburg, Brooklyn.

Two months after his arrival in New York he borrowed money to buy his first Bolex camera and began to record brief moments of his life. He soon got deeply involved in the American Avant-Garde film movement. In 1954, together with his brother, he started Film Culture magazine, which soon became the most important film publication in the US. In 1958 he began his legendary Movie Journal column in the Village Voice. In 1962 he founded the Film-Makers' Cooperative, and in 1964 the Film-Makers' Cinematheque, which eventually grew into Anthology Film Archives, one of the world's largest and most important repositories of avant-garde cinema, and a screening venue.

During all this time he continued writing poetry and making films. He published more than 20 books of prose and poetry, which have been translated into over a dozen languages. His Lithuanian poetry is now part of Lithuanian classic literature and his films can be found in leading museums around the world. He was largely credited for developing the diaristic forms of cinema. Mekas was also active as an academic, teaching at the New School for Social Research, the International Center for Photography, Cooper Union, New York University, and MIT.