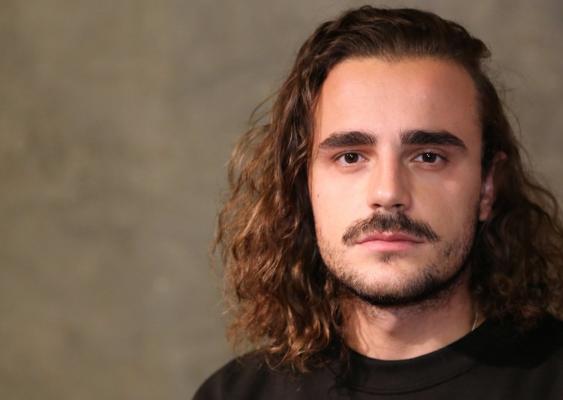 Born in 1989 in Kosovo, ex-Yugoslavia. Refugee and stateless in Switzerland until the acquirement of Swiss and Kosovan citizenships in 2005. During his studies in Bachelor in International Relations from the University of Geneva (2011) and Master in Geopolitics from King’s College London (2014), he writes and directs his first “film objects” and is a member of the “London Film Society”.

During his stays in Japan (2012 as a diplomatic assistant at the Swiss Embassy in Tokyo), in Indonesia (2013) and in Bolivia (2014), he experiments further with film.

Starts a Master in Film Studies at ECAL / HEAD (Switzerland) in 2014. He directs Ministarstvo Sjecanja in 2015, under the aegis of Béla Tarr in Sarajevo. In 2015, he takes part in the Baushtellë Artists Residence in Zürich, Belgrade and Prishtina during which he publishes a short anthropological novel on the perception of roots and origins in modern times.

Graduates in 2016 with his film Lost Exile, shot in Kosovo and presented in world premiere at the Locarno Film Festival where it is awarded a prize. He is invited to more than 30 festivals among others ; Clermont-Ferrand, Solothurn, Winterthur, Tirana, Lisbon, Prizren, New Delhi, Villeurbanne, Montréal, Den Haag, Montevideo, Los Angeles. With this film, he wins a dozen of awards. In 2016, he is invited to participate in Masterclasses for young talents organized as part of the Zurich Film Festival.

In 2017, he founds Visceral Films. He produces and directs two films : La Vallée Heureuse, short film co-produced and shot in Iran. The film is presented in Winterthur, Solothurn and as an international premiere at the Film Festival of Sao Paolo. Then, Zvicra, long-feature documentary co-produced by the RTS (Radio Télévision Suisse) that questions the concept of “double identity” in Switzerland with the Albanian community.